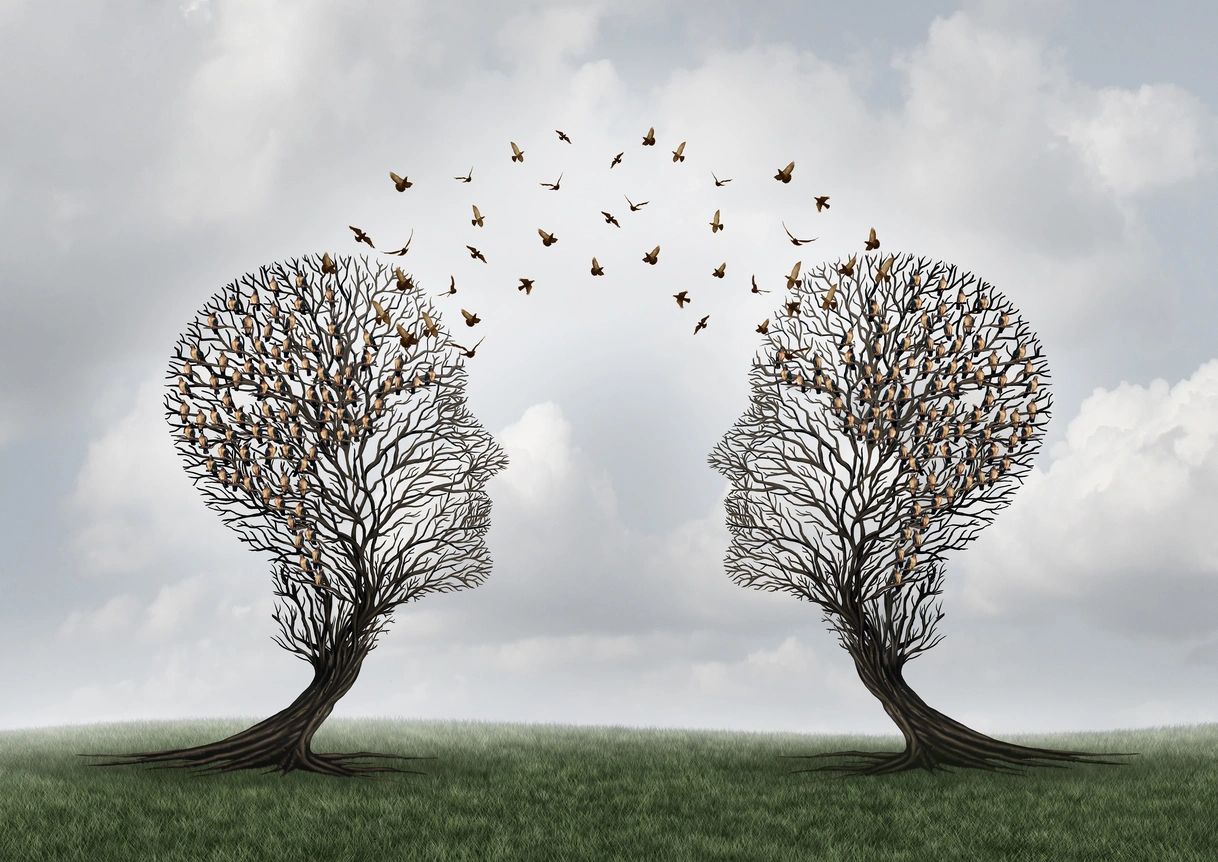 Welcome to my “In a Nutshell” series. When you are looking for a therapist the terminology used can be baffling. We counsellors are keen to tell you what model of counselling we are trained in and this can be bewildering. There is so much theory, so many different fields of study and dozens (literally dozens) of different therapeutic modalities. How do you know if what I offer matches what you want from therapy? This limited series of blogs will explain the three core theories I use in my practice and I will attempt to show how they may be useful for you.

See the second in my “In A Nutshell” series here https://safespacesussex.co.uk/in-a-nutshell-gestalt-therapy/

The person-centred approach developed in the 1950’s and 60’s. It was very different from the type of therapy previously available. It was radical in that it placed the client as the expert in their own life, with specialist knowledge of their own emotions and drives. The focus of this developing theory placed new emphasis on the client as a unique human in every sense, rather than as a biological unit programmed with a set of behaviours which would be analysed by the expert therapist, who back in those days would have been a medical doctor. The lead proponent of the new model was Carl Rogers, who is described by many as the “Father of person-centred therapy”.

The Potential For Growth

Rogers and his cohort believed that each person, given the right set of circumstances in a collaborative relationship, would find the tools within him or herself to grow, to become more complete, to be themselves. The primary focal point was no longer on the past life of the client, as in Psychoanalytic therapy, but on the potential for growth now and in the future. This potential and innate desire became known as the “actualising tendency”.

“At the deepest level there is in all of us a yearning and the wherewithal to become more than we are” (Mearns and Thorne, 1999, p6)

A commonly used analogy which demonstrates the actualising tendency is that of Rogers childhood potato story. He noticed that the white shoots grew steadily towards the light in the darkness of his parents’ cellar. (Rogers, 1980). In other words, people can send out their own shoots of personal growth to the light.

Conditions of Worth and Self Concept

However, along the way we are each diverted from actualisation (from being our true selves) and are influenced by outside factors. For example, by the rules of a teacher, the messages given to us by our parents or the influence of the society in which we must survive. Often, we will not even be aware of these influences, which can be insidious, and yet we react to them by modifying our internal voice to produce the “right” behaviour. Ultimately these become our conditions of worth.

A person develops a self-concept based upon their experience of being either accepted or more worryingly, rejected. Where a person has been criticised, their feelings trampled upon and their views scoffed, they modify not only their behaviour but their self-image. Consider the child that can’t do their times tables and is told, “you’re stupid”. This becomes part of their understanding of themselves, they absorb the voice that says they are stupid and this influences their self-concept going forward.

The development of an authentic relationship between client and therapist was seen as key to successful therapy. Rogers developed what would come to be known as the “core conditions” which he felt were ideal and crucial in the development of such a relationship and would result in change for the client.

Rogers affirmed that to give truly effective counselling the therapist must be a congruent person. In other words, the counsellor must be true to him or herself,

In other words, Rogers believed that clients instinctively know when their counsellor is being incongruent and that this limits the client’s growth. Not only will the client fail to trust the therapist but when the counsellor is transparent and open within the therapeutic relationship this sends the message to the client that it is OK to be oneself. As Rogers put it,

“…if I can transparently be what I am and what I feel in relationship to him. Perhaps he can be what he is, openly and without fear.” (Rogers, 1961, p67)

Rogers also stated that empathic understanding was an essential element of successful counselling. Empathy can be described as a deep state of identification with another and of profound emotional understanding. However, for the therapeutic relationship it goes beyond the counsellor understanding her client. This is insufficient. Above all, what truly matters is that the client perceives that another person, in this case the counsellor, is trying to understand completely by journeying into their emotions as a companion.

“success depends upon their ability to accomplish this walking with another person into the deepest chambers of his soul. Empathy is experienced…” (May, 1992, p.64).

Therefore, for empathy to be effective a strong rapport between the parties is essential. Without this connection the client is alone with his or her confusion, doubts, fears, conflicts and the sound of critical voices from their past, the strongest of all being their own voice. Ultimately, to be a good person-centred counsellor the model requires that the therapist

“…be the kind of companion who is capable of encouraging a relationship where the client can begin, however tentatively, to feel safe and to experience the first intimations of self acceptance” (Mearns and Thorne, 1999, p6)

The Core Conditions – Unconditional Positive Regard

Person Centred therapists believe that it is only through being accepted by the counsellor that a person becomes able to adjust their view of self and learn to accept himself. This condition is known as Unconditional Positive Regard (UPR). It is central to effective person-centred counselling in that this condition of complete acceptance purportedly allows the client to revisit their self-concept and make changes to that perception from within. Literally the client will see that “if you think I’m OK then maybe I am”. The outcome of this assessment is entirely in the hands of the client and the counsellor is there to help in the exploration by creating a safe environment and only going into territory that the client is ready to visit in that moment. In this regard the client dictates the pace and direction.

Some have argued that the core conditions are insufficient to assist the client in making substantive change. Some would say that by employing empathy, UPR and congruence the counsellor is simply being the right type of person to fulfil a helping role, but that these conditions alone will not necessarily produce change.

Egan, for example, believed that change was an active process requiring specific input from the counsellor and the client in collaboration with each other. (Egan, 2002). He proposed that the core conditions were essential in the forming of the working alliance between counsellor and client, but that change would be achieved by setting defined goals and working towards them.

Ultimately change can only occur when the client is ready. This involves developing such concepts as self-awareness, self-acceptance and ultimately making a choice to be true to himself with others.

Change can be a daunting experience. This is because becoming more “yourself” will mean travelling in territory which you have not previously explored. Ultimately, the purpose of person-centred therapy is to create an environment that is conducive to you tentatively testing your new found self within the safety of the therapeutic alliance. As you learn that disaster does not strike, that you are still accepted, then your confidence will grow. Ultimately, Rogers believed, that we may ask:

“Do  you suppose I could be my feelings with other people also? Perhaps that wouldn’t be too dangerous either…I get defeated sometimes, I get hurt sometimes, but I’m learning that those experiences are not fatal… could I be myself this way outside of this relationship? I wonder… Perhaps I could. ” (Rogers, 1961, p68)

This can be seen to occur in a cycle:

Rogers felt that the therapeutic relationship is ultimately a fertile ground for you to explore your emotions, make discoveries, begin to trust the voice of your true self and practice being yourself. Above all, the role of person-centred therapy is to create a space, in the here and now, which is conducive to the change you require.

My practice has, at its heart, the understanding that you are the expert in your life and your experience. I believe it is essential for you to be heard without judgement, for us to collaborate as I work to understand your life and your feelings and, ultimately, it is vital for our relationship to be genuine.

During my work with clients I integrate the models of Gestalt and Transactional Analysis. You can learn more about these fields in my “In A Nutshell” series. Look out for them in the coming weeks.

Rogers, C (1980) A Way of Being, Houghton Mifflin Harcourt, Boston

Helen Clarke is a qualified Humanistic Integrative Counsellor based in Coastal West Sussex. She specialises in loss and the associated physical signs of profound, traumatic loss, such as palpitations, sleep issues, panic attacks, vivid and recurrent dreams, unexplained aches & pains, a sense of immediate and physical fear or overwhelming sadness. Follow this link for more information on Helen’s private practice. https://safespacesussex.co.uk& follow @sussexcounsell1 on Twitter